the house of the village

It is the seat of the Town Hall.

In 1644 the Council of the Town of Albalat de la Ribera bought this house from Jaume Exea to build a new Casa de la Vila (Town Hall), until then it used to meet in an area of the square and also in the parish church or in the chapel. From that time onwards this is where the Council of the Town met to decide on those issues concerning local life, and which have subsequently made the various local corporations and town councils, heirs of that council that governed the town in the foral era.

The Casa de la Vila housed various functions and offices, on the ground floor was the court of Justice and the butcher’s shop, several rooms for municipal officials and the prisons, there was also an open courtyard from where the staircase that connected both floors led to the hall, the main room of the house where the Council of the Town met, the distribution was completed with other rooms, one of them dedicated to the archive to keep the local collective memory.  The construction of the house began in 1644 and Serafín Esteve, master builder, was in charge of the construction, along with his sons and other collaborators. In Castell street you can see one of the arches of the old butcher’s shop.

Although the house has been renovated several times, in general terms it still conserves the original layout, highlighting the hall where we can see the original ceiling with large wooden beams, and a large decorative ceramic ceiling panel completes the decoration. The current facade (1934) is by the Alzira carver Francisco Pérez, the result of the renovation in the 1930s, in an eclectic style, symmetrically regularising the openings, a large balcony with balusters was built and the doors and windows were framed with mouldings, the facade ends with a large crown with the local coat of arms. 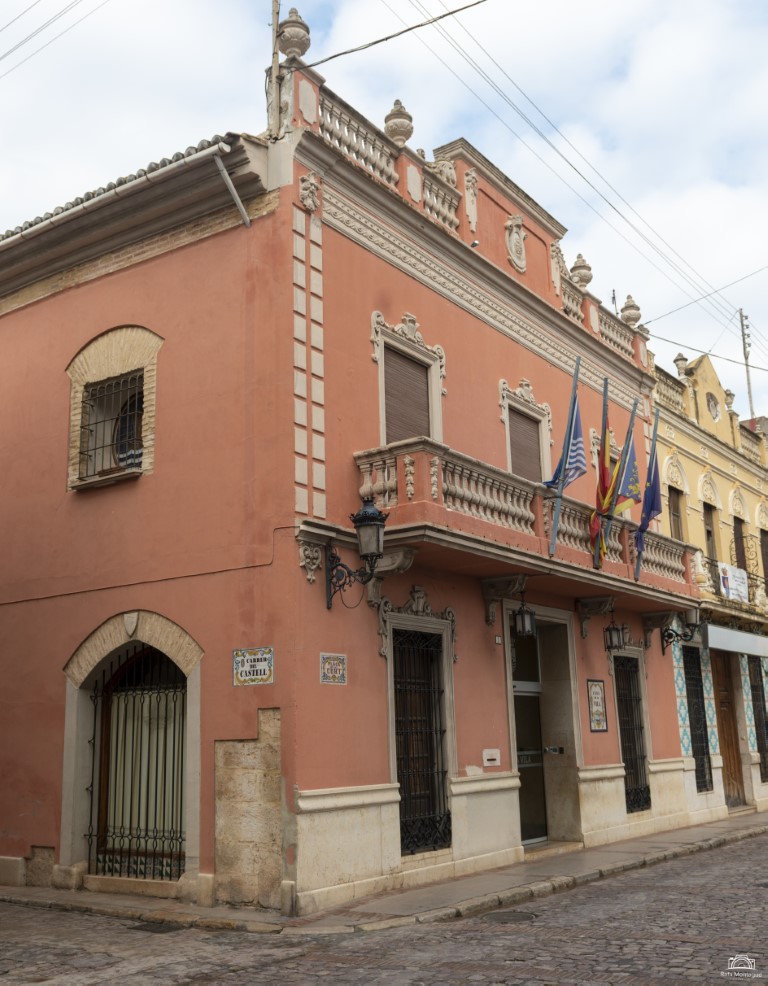 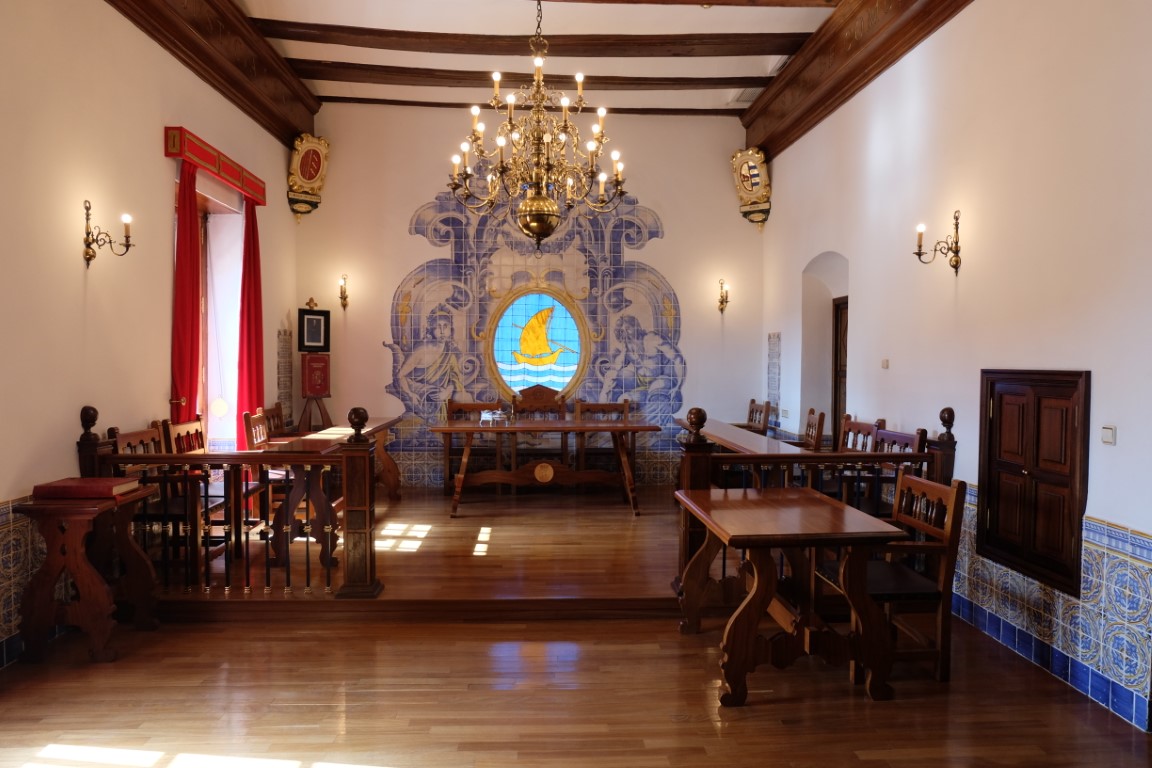 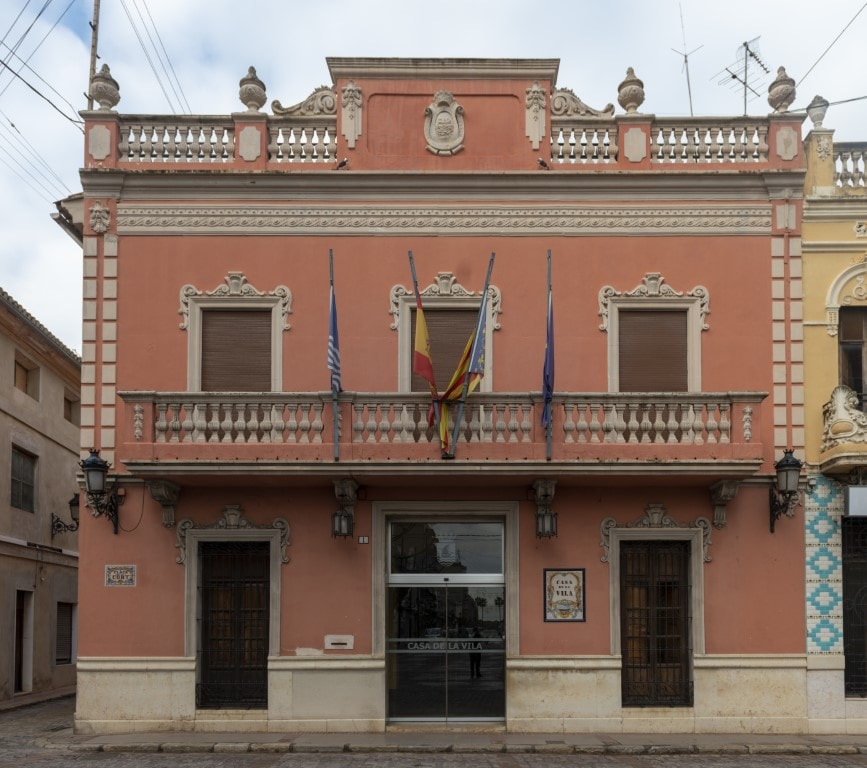 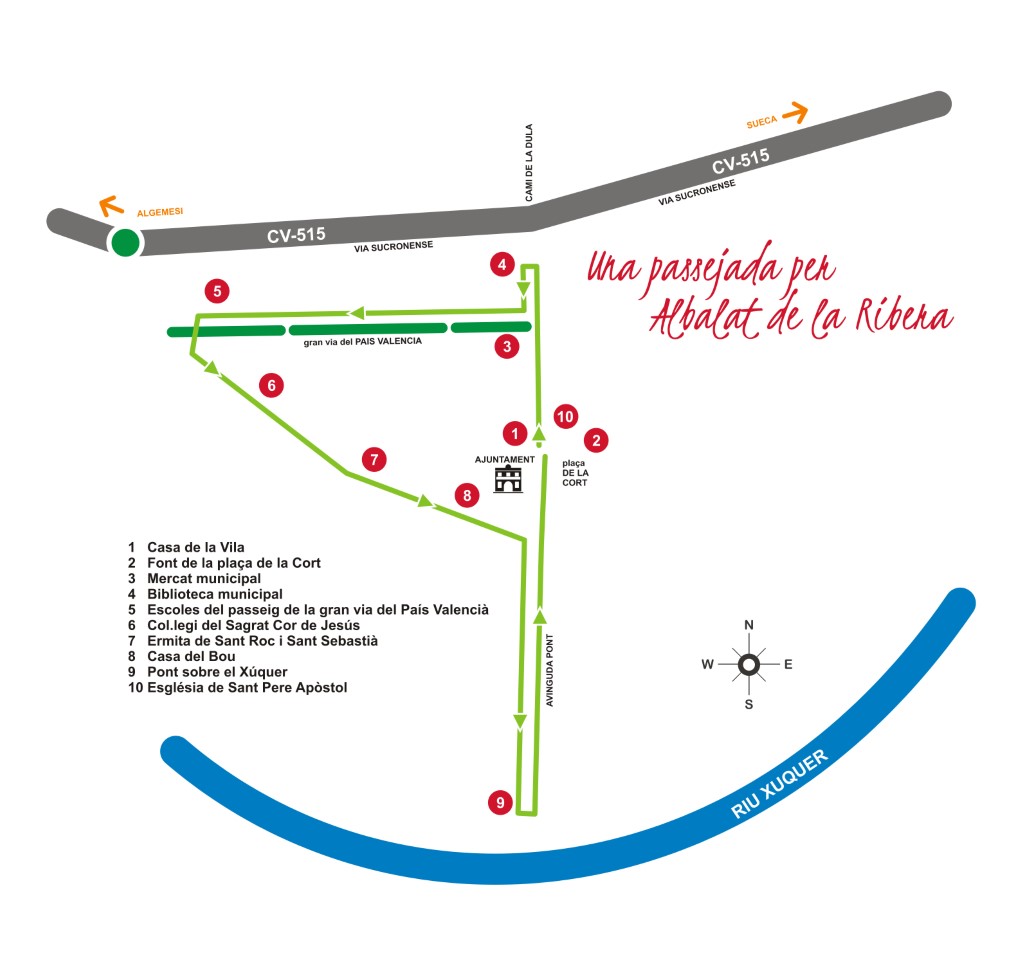